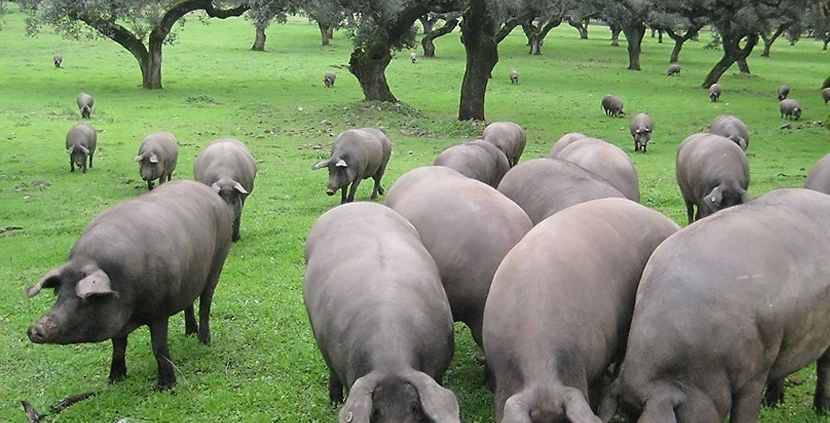 In Spain when we buy a ham we don’t mess around. We buy a whole leg and put it in the kitchen. There’s nothing better than this and it’s usually done in Christmas.

The ham has to be Iberian race and fed with acorns. This is the best ham in the world. There may be some variations in quality depending on the diet but the breed must always be the same.Within the world of Iberian hams there are some differences and these are according to the type of food and the lifestyle of the animals.

The lowest range of the Iberian pork ham is the one in which the animal has been fed with all kinds of food, normally feed, and also has not enjoyed a breeding in freedom. These hams have affordable prices that can be around 200 euros.

Medium quality Iberian hams are those animals that have received a combination of food. Natural foods such as acorns and also some feed. They are animals that spend a part of their life free in the countryside and another part stabled in farms. They are very good quality hams and their prices can be around 300 or 400 euros.

The best Iberian ham comes from animals raised in freedom feed with natural foods and mainly acorns. These animals have a very active life and this makes the quality of their meat exceptional. The prices of these hams are between 500 and 700 euros.

Iberian ham is bred in a specific area of Spain where the natural environment and climate conditions are key. The “Spanish Dehesa” is located throughout the western part of Spain on its border with Portugal. It is a very specific ecosystem in which oaks and holm oaks abound.

When you buy the ham leg 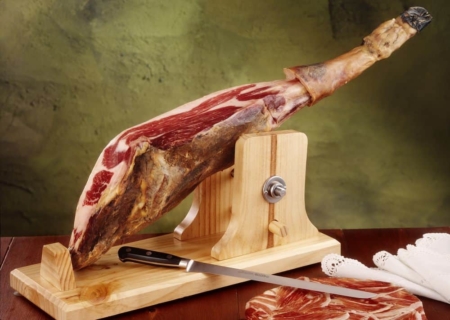 The characteristics of a Spanish iberian ham are clear to see. The hoof must be totally black and the cut of the piece with a drawing like in V. These are the most obvious signs that we are dealing with an Iberian ham.

When you buy a whole leg you need a support to put it on. Once you have the ham in place, you start cutting the thickest part, i.e. with the hoof facing upwards. To cut the ham you need a knife with a large, sharp blade. The ham should be cut in thin slices and each slice should be approximately the size of our tongue so that it is deposited on it and we can extract all the flavor. 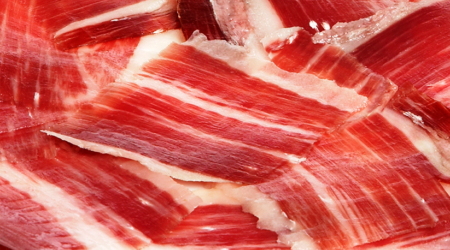 An Iberian ham is anatomically wrapped in its own fat but the fat must also be infiltrated into the muscle. That’s why in the cut we must observe the streaks of fat along the meat.

I invite you to try this ham because it is one of the most delicious things you can eat in this world. I  remember the first time a client from Australia told me that he did not know what Iberian ham was. He almost gave me something, it was very sad. Soon we solved it with a good plate of ham cut with a knife. I think that customer will remember it for a lifetime. 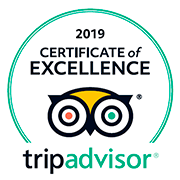